Kelly Hyman has been identified as one of the Top 25 Class Action Trial Lawyers in the state of Colorado. 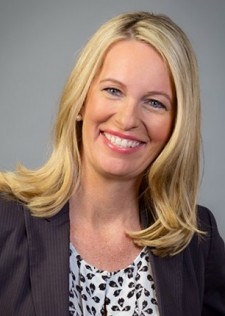 DENVER, January 15, 2019 (Newswire.com) - Kelly Hyman is pleased to share she has been named as one of the Top 25 Class Action Trial Lawyers in the state of Colorado! The announcement came just after Kelly Hyman received the AV Preeminent® Rating from Martindale-Hubbell®, the highest rating possible, for her third consecutive year.

The National Trial Lawyers is an organization consisting of professional, premier trial lawyers from across the United States. These individuals demonstrate their incredible trial skills on a regular basis. The organization presents trial lawyers with the ability to grow their network, advocacy training, along with various educational programs.

In addition to this announcement, Kelly Hyman has been extending her outreach even further through the various speaking engagements she is invited to throughout each year. She has also recently become a hot commodity for speaking about certain law-related issues with various radio shows.

Most recently, Kelly Hyman appeared on the ‘Jiggy Jaguar’ radio show, based out of Kansas, on January 3rd, 2019. The show boasts over 12K listeners daily and focuses on discussing issues that the mainstream media is not covering.

Kelly Hyman made her first appearance on ‘Issues and Ideas’ with Chris DeBellow on January 4th, 2019, The show is known for its content centered around current news, policies, and events that are always presented with expert insight.

Kelly Hyman has her third appearance this month as Kelly will be featured on the radio show ‘The Whistleblower’ with Mychal Wilson. This show is a weekly, nonpartisan political news program, and is available to view on most streaming devices.

About Kelly Hyman: Kelly Hyman is an attorney, legal analyst, and speaker. Kelly recently joined the team at Franklin D. Azar & Associates, focusing her practice specifically on consumer class action lawsuits and mass tort litigation. She has extensive experience handling mass tort litigation and is proud every day of the work she is able to do on behalf of other people. Improving the lives of the people in her community is the reason she entered the law industry, to begin with, so it’s only fitting that she has become the people's advocate for mass torts.

Kelly Hyman has also become an avid speaker in her industry. She has been able to take all her skills developed through law and acting and now uses them to help her peers in the law industry. Kelly attends numerous events and conferences throughout the year speaking on topics related to mass tort litigation, consumer rights, water contamination, and more.

Kelly Hyman previously worked as a successful actress for 25 years in New York and California. She was able to use her skills developed over the years to advance her career in law on an entirely new stage: the courtroom. Kelly still has a fierce love and passion for the entertainment industry today. Kelly Hyman is married to Judge Paul Hyman, Jr.

Get notified about new releases.

Sign up for email updates from Kelly Hyman Lawyer.